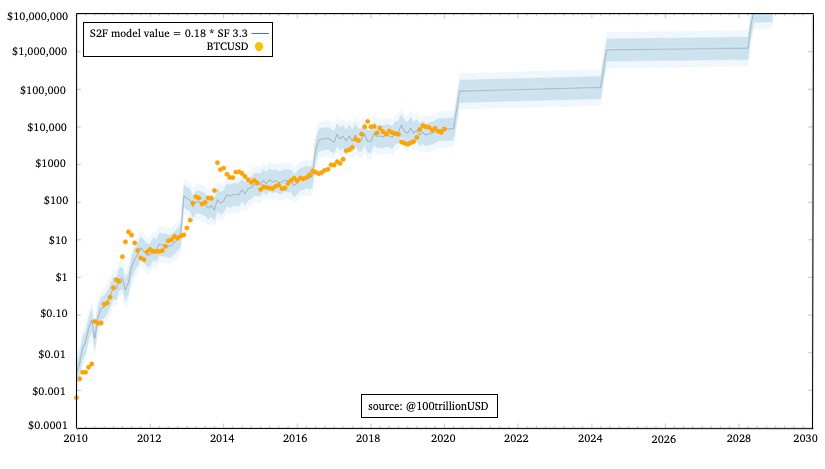 The Bitcoin Scarcity model is a part of the Bitcoin as Digital Gold narrative. It try to extrapolate a theoretical value for bitcoin using it’s scarcity defined as :

In bitcoin, the flow is given by the mining reward which are halved, by design, at defined point in time. The ending stock is finite with 21 million bitcoin.

Notice that, by design, the bitcoin will go to a infinite scarcity (no new coin) but that doesn’t mean that Bitcoin will have an infinite value. That means that the model break at a point. Anyway, that would probably be after the Gold point which leave plenty of upside. Notice also that the graph doesn’t work with Platine and Palladium.

Nevertheless, the model seems to work so far for bitcoin.

A more recent graph from the same author.